Creative Collectible Quilts & Crafts is a collaborative effort between Frieda Wagner, her daughter and son-in-law, Dustin and Mary White. We started out in Columbus, Nebraska in the Central Community College Entrepreneurship center located inside the NPPD building. After 2 years we had lots of growth and learned lots of in's and out's of running a business. We graduated out of the program and were ready to move out into our own location. Around the same time Dustin got a job in Bern, Kansas and so we decided to move to that area. We decided on Humboldt, NE due to it's location between quilt shops in Auburn and Pawnee City. Since we moved to the Humboldt area we have continued to grow and flourish. Frieda and Mary work at the store full time and Dustin works at CJ Foods. We have grown enough that we had to move from the building we were renting into a larger building that we purchased. In 2015 we joined the NIFS (Nebraska Independent Fabric Shops) and in April 2016 we participated in our first Shop Hop Nebraska. In October 2016 we participated in the Run for the Border Shop Hop which includes fabric shops from Southeast Nebraska, North East Kansas, and North West Missouri. We carry Michael Miller fabrics, Stonehenge, and a large selection of 108" backers. We offer Fabric, sewing notions, embroidery patterns, embroidery floss, quilting services, sewing services, and repairs of quilts. 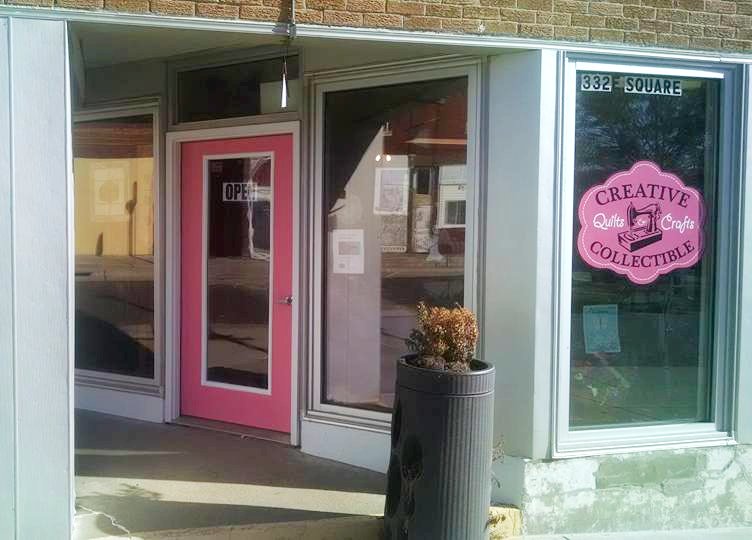